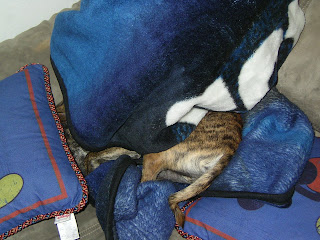 I don't know if you can see this picture very well or not. But it is Jack burrowed deep in Kade's fleece Cowboys blanker. I couldn't resist the picture because it is classic Jack. He thinks he's freezing no matter the temperature and especially likes to burrow into every fuzzy blanket we own. He doesn't burrow just for the sake of burrowing either. He truly thinks he's freezing and shakes and shivers just to prove it (even while hanging out in a 70 degree home) I don't know how the dumb dog can even breathe burried so deep in there. What a dorky thing he is, but we love him anyway! 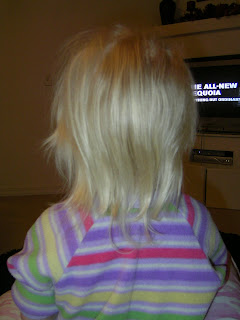 March 27, 2008.
Well it has finally happened. So far we have never had anyone cutting anyone's hair with scissors at our house. Every time I hear of other families stories I have thought wow we have lucked out on that one. Well our luck has run out. Brylee became victim to Liberty and a pair of kids safety scissors. I didn't notice it at first, I had just seen it from the side and thought she had a few hairs growing funny or some that had been pulled out by the rubber band, but then I combed it all out to see if I could fix it and this is what it looked like. Liberty had done a pretty thorough job - only missing a few strands. I'm just glad that she only cut it that high it is still really cute and nothing to grow out, we just trimmed it up and she now has a slightly shorter hair do for the summer! 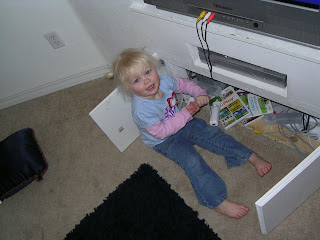 March 24, 2008.
Kade finally got his Wii. He has been watchning for them to come in ever since they've been out of stock at Christmas. The kids love it, but Brylee particularly seems addicted to it already. Her eyes brighten up at just the mention of it and I can't keep her out of the controls all day long! There is a girl after her Daddy's heart. 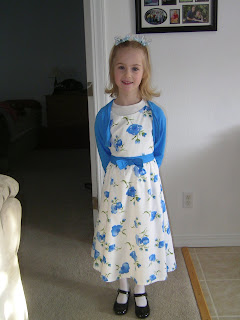 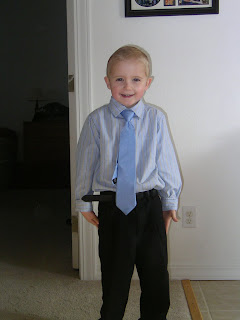 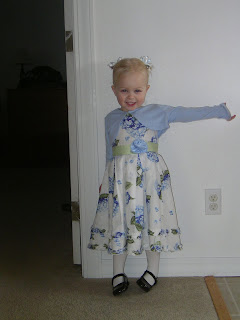 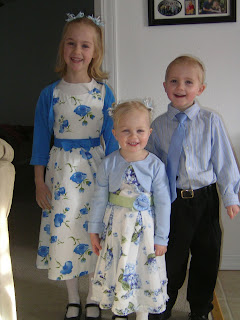 March 23, 2008.
The kids are all looking great in their new Spring Clothes. I was really excited to be able to coordinate them this year-I've never been able to find things that went together especially for Liberty and Brylee. Anyway, we had a nice Easter. We went to our own ward for Church and then headed to Grammy's for Easter Dinner. It was a good spread like always and of course playing with cousins and visiting always makes the day a hit! 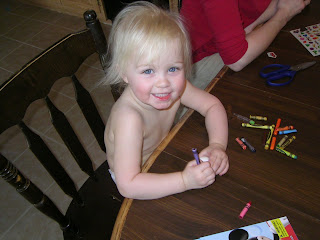 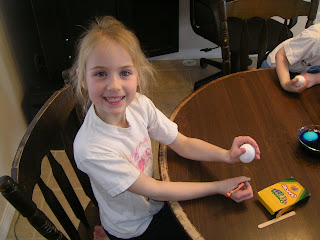 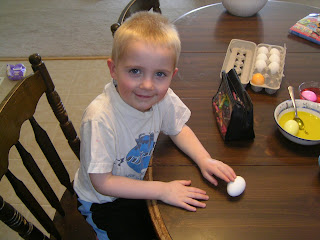 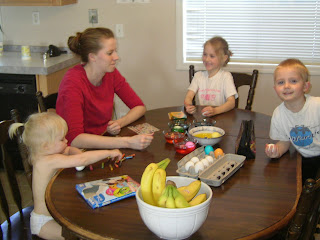 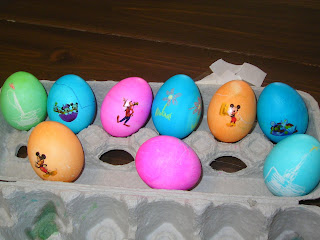 March 22, 2008.
Well the Easter Bunny Found us today. He was pretty sneaky. He filled our baskets right before lunch while we were all watching bunny town on disney channel in the other room. We didn't even hear him come in and he even made it past Jack without setting him off. The kids were so excited that he came today, they didn't think they could wait another day to for him to fill their baskets. Liberty was especially baffled by how sneakey he was :) Later in the day we had to get out of the house so a realtor could show it so Kade treated us to a movie - Horton hears a Who- we really liked it. Then when we got back, we decided it was finallys safe to cook eggs (we didn't dare before, we figured it wouldn't be the most pleasant smell when someone came to look at our house.) So we decorated the eggs and then turned around and ate half of them for dinner. We didn't have time for Eggs Golden Rod on Sunday so we figured we'd do them tonight. The kids really enjoyed the egg decorating and especially enjoyed putting the mickey mouse tatoos on them.