December 3, 2010
Tonight was the ward Christmas Party. Kade was asked to help with a musical number, but didn't feel like he had time to get one ready. He told the activities committee to ask Liberty. So they did! Liberty said yes. So she prepared a song out of the children's song book. I thought she did wonderfully. So far she has only played in front of a small audience at recitals, but tonight she played in front of 200 people! Way to go Liberty.


We also enjoyed a wonderful meal catered by BYU-I, a song by the primary, another musical numbers by Sister Earl, and a Christmas story told by the MC. We finished off the night with a visit from our favorite jolly fellow St. Nicholas himself! 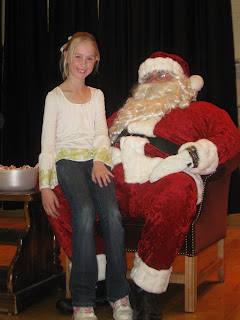 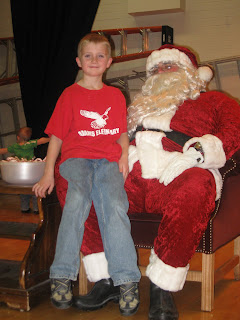 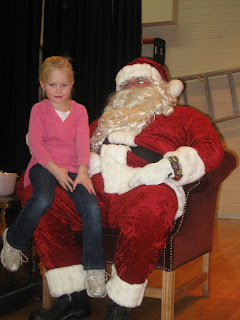 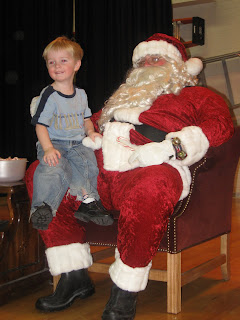 And no tears for Santa Claus this year!!!