Kade and I said the kids couldn't wake us up before 6:30. That ended up being perfect. They woke up just a few minutes before that and started to check out their stockings. Right at 6:30, in they came to get us up. Everyone had a fun time opening gift and watching everyone else. 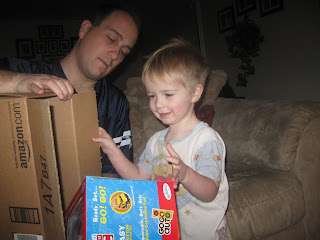 Brancyn hauled in a Mac and shake up Lightening McQueen as well as a remote control Fire Engine. 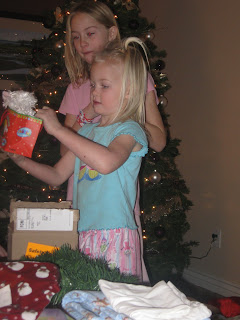 Brylee was particularly pleased with her first very own Webkinz. 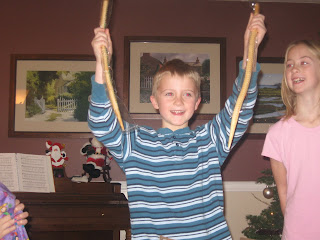 Kayson got wooden snakes that wiggle realistically from Brylee. As soon as he saw them, he pulled them out and started shaking them around while exclaiming that he couldn't wait to show them to Grammy! (Grammy is disgusted/terrified of snakes, so Kayson was being a big pill by making this statement:) 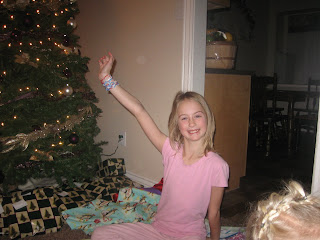 Liberty posing with her arm full of silly bandz. 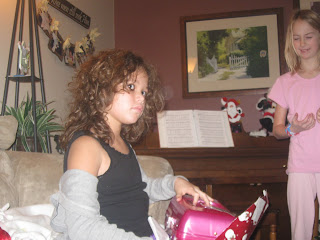 Aisha got her very own kaboodle to haul all her hair stuff around in. She was quite pleased and hauled it everywhere for the next few weeks. 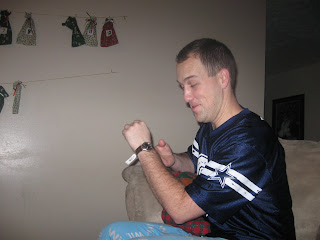 We lazed around for awhile that morning and enjoyed a nice breakfast and then packed up and headed to Grammy and Grampy's for the rest of the day.