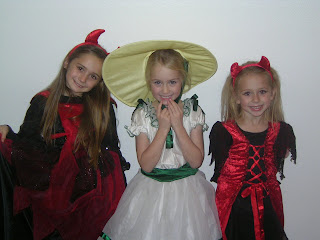 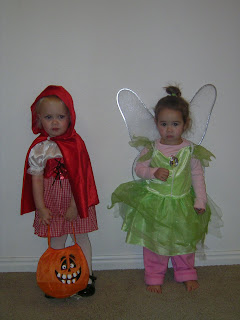 October 31, 2007. Halloween! Everyone is so excited. Even Brylee got in the spirit of things and patiently waited to open her candy until she was done collecting (she was ecstatic that people were just handing over candy to her). Carter and Kayson thought it was pretty cool both being nights, and Liberty was so excited to show off her southern belle costume to grammy (who could appreciate it more than her). 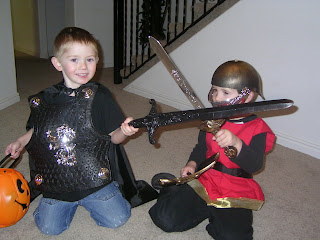 Halle keeps talking about how next year she's going to be a "sunnin belle".