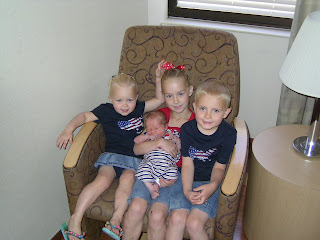 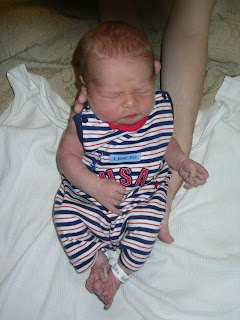 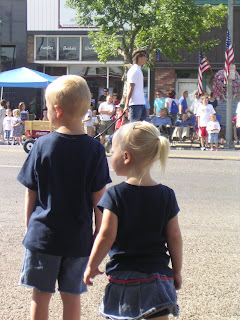 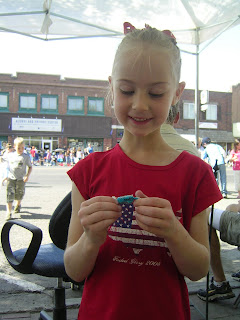 The fourth of July started off with Kade and the kids coming up to the hospital to see me and Brancyn. I wanted a picture of everyone in their 4th outfits and I needed to do the girls hair (Kade still isn't very good at that one.) I was hoping to go to the parade witht them, but Brancyn was waiting for his circumcision still :( poor guy. So Kade took the kids to the parade and then came back for me. He said the kids had fun, but that the parade wasn't as good this year as some years. He probably just said that so I wouldn't feel bad about missing out, but that's fine it worked!