Kade and I went to California for our Anniversary this year. We found a good deal on a flight and hotel and had enough Disney Reward points to pay for Disneyland tickets. It was just a quick in on Thursday, leave on Sunday kind of a thing, but it was fun. 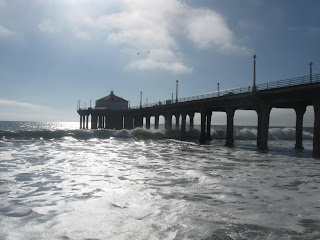 Our first day in we decided to head to the beach. I was really hoping we'd get to swim at the beach, but it was barely 70 degrees and breezey. So, we just waded and looked at a free little aquarium. The ocean is so relaxing. I honestly could have stayed there for hours. But, we still had dinner at the Cheesecake Factory and a hotel to find, so we didn't linger. 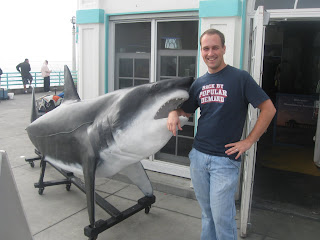 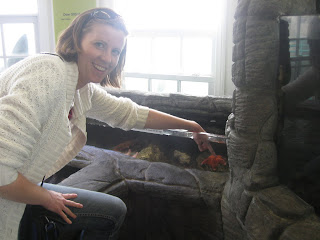 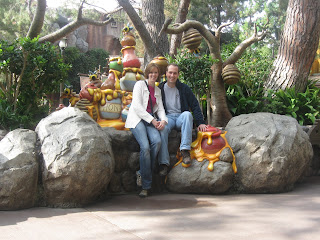 The next two days were spent at Disneyland. We had a lot of fun, but it was physically exhausting. I have to say it was nice to not have to be counting heads and always looking four directions to make sure all kids were with me. We wore ourselves out and enjoyed the Halloween themed things that were up. 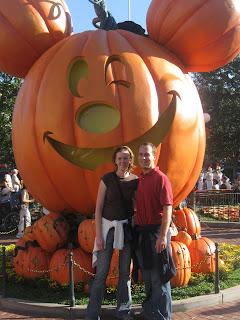 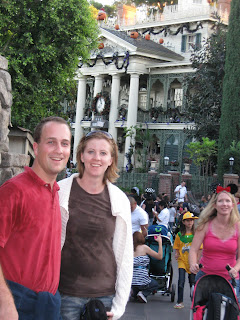 We hit splash mountain on our second day just before sun set. As fate would have it, two larger people were seated ont he front of the ride with us behind. Anybody that has ridden splash mountain before knows this is a recipe for a very wet ride. Sure enough. My bottom have was COMPLETELY wet and my top half was plenty wet. It made for a chilly night, but we did enjoy sour dough soup bowls for dinner and that helped. We also got to sit on the warm pavement as we waited for the World of Colors show. It was AWESOME. We had a great time and are already planning our next trip to California with the kids.